International Outdoor has the only 4 digital billboard faces on M-59 between Pontiac and Utica. They are 4 of our best locations built with the latest technology and a higher resolution than older digital billboards. They are right on the freeway on either side of Crooks Road and each face has a long clear view.

* Traffic counts are based on numbers from MDOT and SEMCOG. All locations and distances are estimated from Google Maps. 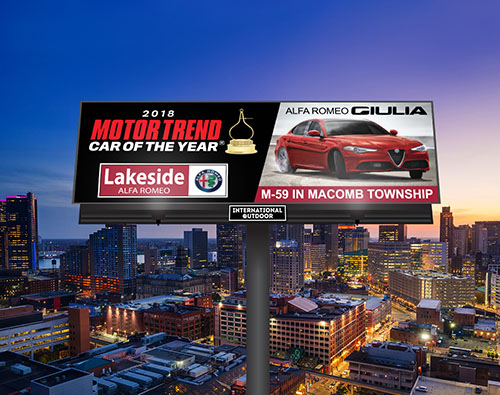 A recent study by Arbitron says that nearly 90% of adults traveled in the past month.  Of those, more than 85% used a private vehicle.  Those American travelers spend an average of 20 hours per week either driving or riding as a passenger.  That means all of those people are seeing billboard advertisements.  Nearly than two-thirds of adults in America recall seeing a roadside billboard advertisement in the past week.  Top all that off with the fact that nearly 70% of travelers make purchase decisions outside of the home and you have proof that billboards get the message out!

If you need to get your message and see an ROI with your advertising, call International Outdoor at 248.489.8989. 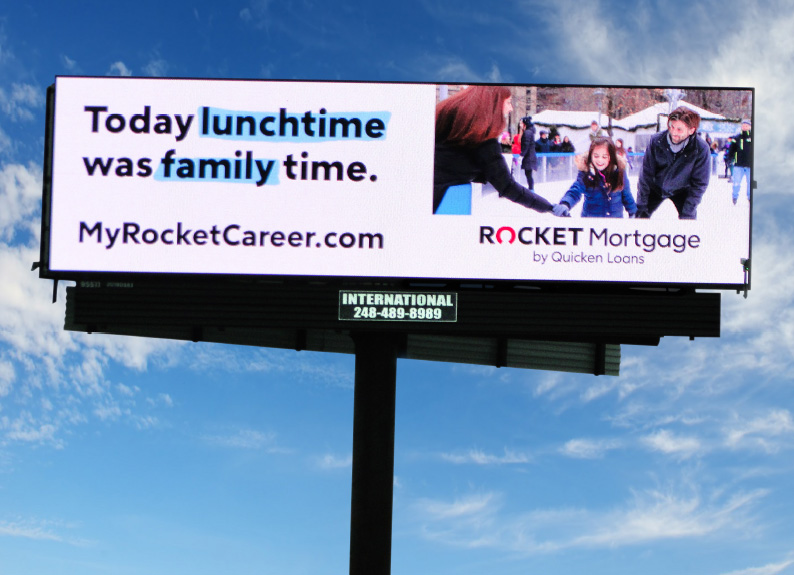 The 11th Annual Kidney Ball (www.nkfm.org) raised more than $600,000 that will help 50,000 Michigan residents with kidney related challenges. Donations were made through ticket sales, sponsors and auction items. The Kidney Ball was held at the Motor City Casino in Detroit on Saturday, December 5th, 2015.

One of the funnest things to do at a major charity event is bid on an auction item.  In this case, the Kidney Ball featured some great items for travelers, foodies and sports fans.    There were two separate trips to Italy.  A trip and tickets to a play in New York City.  Suites and parking for the Detroit Tigers and Red Wings.  Season Tickets for the Detroit Lions.  Special executive chef private dinners and more.

What was the auction item that raised the most money for the Ball?  Outdoor digital billboard packages donated by International Outdoor Inc.  The two billboard packages sold for more than $27,000.  “Out-of-home or billboard advertising is an excellent and important complement to any campaign,” said Randy Oram, President, International Outdoor, Inc.  “Those businesses who made the donation know that billboard advertising is a proven tactic to build brands and communicate messages,” Oram added.